Why get a Chihuahua?

The smallest dog breed in the world packs a lot of love, fun and playfulness into its small frame.

The Chihuahua manages to be both cheeky and feisty while at the same time a loving and devoted canine companion.

This breed is also very trainable with a constant willingness to please.

It is difficult to see what's not to love for anyone seeking a smaller canine companion. 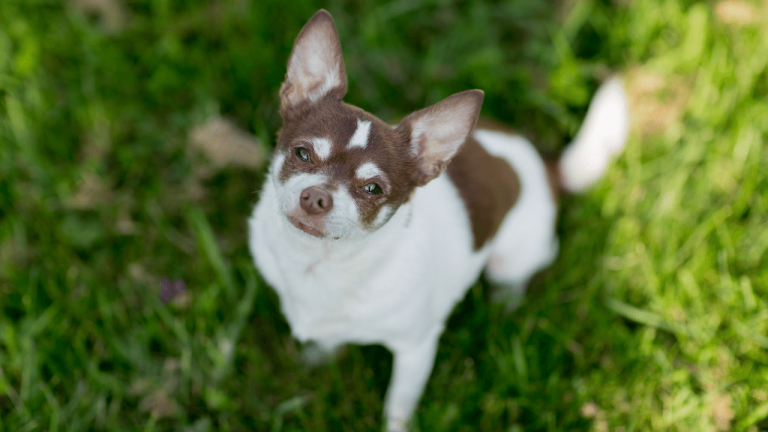 The Chihuahua takes the title of smallest breed in the world.  In terms of breed standards generally the smaller this dog is, the better.

Some of the toy breeds may claim royal patronage.  But the Chihuahua goes one better.  According to legend these dogs are descended from the sacred dogs of the Aztecs.  These dogs were venerated as guides into their heaven. Queen Victoria may have had 35 Pomeranians, but the noble families of the Aztecs were rumored to have kept around 1000 each.  The smallest dog maybe but can any other breed claim numbers that big?

The modern Chihuahua’s prominence as a breed continues undimmed.  They have become a national symbol of Mexico and are named after its largest state. Their continued national significance is also reflected in their participation in the  Cinco de Mayo. Every 5th of May this festival celebrates Mexico’s victory over the French Republic in 1862 at the Battle of Puebla.

This connection with Mexico continues to be widely celebrated in popular culture.  As a consequence this tiny dog often finds itself the star on the big silver screen.  One of the many examples of this is the fine canine comedy trilogy ‘Beverly Hills Chihuahua’ [1]. But it is possible that the Chihuahua may have originally come from China before arriving in Mexico.

This breed was largely popularized in the United States where Chihuahuas having charmed tourists were then brought home.   The Chihuahua began to become established in America in the 1890s.  They  were recognized by the American Kennel Club in 1904. Since then they have remained popular and are ranked at 34 in the 2020 AKC popularity ranking [2].  The Brits are also keen on this little Mexican dynamo. The Chihuahua  is currently rated as the 34th most popular breed in the UK based on 2020 registration data [3].

The Chihuahua is an alert and resilient little dog.  Like many others in the toy dog group of breeds they certainly do not like being looked down upon.  They are not easily cowed by bigger dogs.  This often combines with a high level of possessiveness towards their owner(s).  Occasionally this leads to aggressive responses to other animals or people.

Thus early and consistent socialization training is strongly advised.  This should include calm introductions to other dogs.  Positive reinforcement for good behavior around other dogs is very effective.  These dogs absolutely thrive on praise.

But the very good news is that these dogs are amongst the most intelligent in the Toy Dog Group.  This makes them highly trainable and able to learn a range of commands.  This also makes them an excellent choice of breed for the first-time dog owner.

Chihuahuas love to be the center of attention.  This makes them excellent family dogs as well as suited to those who live alone.  But they  can be unnerved by small children.  Any children must learn that these little dogs demand absolute respect.  The Chihuahua is a useful  little watch-dog.  They will bark an alert when anyone approaches the house.

The Chihuahua can be a little aloof and distrustful of strangers. But with good socialization and gradual familiarizing with frequent visitors they will soon come around.

The Chihuahua is an intelligent dog who enjoys the stimulation of training. They are highly biddable and are always very eager to please their owners.

Positive reinforcement is very effective with this breed although it is important to be cautious with treats as some of this breed can be a little prone to pile-on the pounds.

For a small dog Chihuahuas need lots of exercise and will typically need to walk 3 or 4 times a day.  These dogs are very elegant and graceful in their movement.  They enjoy lots of interactive play as they are irrepressibly energetic.

The Chihuahua is adored for its generally cute, but at the same time feisty, demeanor. The bat-like, triangular ears and slightly protruding rounded eyes are set in an ‘apple-shaped’ domed head.

This elegant little dog has a level back with a tail that arches neatly over the back with delicate little paws. The specified maximum weight for the breed is 6 lb (2.7 kg). The height lies around 6-9 inches (15-23 cm).

This breed can have a smooth or a long coat.  Interestingly the long-hair is sometimes attributed to a connection with the Papillon breed.   But dogs from the same litter can come in either variety.   Smooth coated Chihuahuas only need occasional brushing.  The long coat will need brushing most days to avoid matting.   Also the longer-haired dogs do tend to shed more frequently.

They come in various colors but can be solid or patched.   But all Chihuahuas come packaged, with incredibly cute bat-like ears.  They also have very rounded, endearing eyes.

The Chihuahua has a very good life expectancy of around 14-16 years.  But some dogs have a  molera or a soft spot on their head that does not close as they grow out of puppyhood.

Owners should be alert to their shivering.  This can be an indicator of stress, as well as the more obvious possibility that they are cold.

Some dogs from this breed can be susceptible to hip and elbow dysplasia.  Also luxating patellas (knee-joint pain) and other joint-related problems.  They can also be prone to suffer from dry eyes.