Why get a Golden Retriever?

This popular family dog is an intelligent, fun and empathetic friend. These dogs make excellent therapy dogs because they are able to read emotions and simply love people.

Golden retrievers are also hyper-trainable and excel in obedience and agility trials.

The retriever is the perfect dog for an active owner or family. Their gentle temperaments also contribute to their huge popularity as a family dog.

This dog is fetching in both senses of the word and very hard to fault. 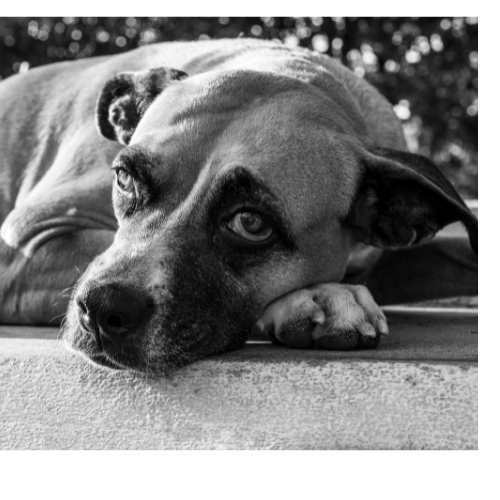 The Golden Retriever that we are lucky enough to have today was originally the product of a breeding programme in Scotland in the 1800s by Sir Dudley Marjoribanks (aka Lord Tweedmouth). He aspired to create a dog ideally suited to retrieving upland water fowl and truly struck gold in founding this lovely breed.

This required a resilient and obedient dog who could withstand the inclement weather, rough terrain and who would prove a powerful swimmer. For this he turned to an early forebear of the Labrador breeds, a now extinct yellow retriever, crossed with a local breed of water spaniel. Other breeds were also included in this act of alchemical breeding brilliance, possibly including the Irish Setter, a variety of Spaniels and Setters, and even reputedly a Bloodhound.

The result was a dog with a double weather-proof coat, webbed feet and deep-chested streamlined body designed to cut through water and a capacity to return prey to the hunters undamaged to retrieve water fowl undamaged owing to the soft mouth required of any dog returning with game. Please click here for more information regarding the role of retrievers and spaniels.

It was not long before this dog became very popular in the United Kingdom and was first recognised as a breed under the name of Golden Flatcoats until 1913 when the name Golden Retrievers became established. At the same time is thought to have appeared in America during the early 1900s. A couple of decades later the breed recognized by the American Kennel Club in 1927.

Since then this dog has enjoyed huge and deserved popularity as a gregarious, fun and loyal pet ideally suited for family living. The Golden Retriever is currently listed as 4th most popular dog according to 2020 registration data.

Still widely used in search and rescue, guide dogs and various other services the Golden Retriever’s gentle temperament and reputation for being empathetic makes them particularly good as therapy dogs for those suffering from PTSD or conditions such as autism.

These dogs are known for being very gentle, intelligent and hyper-trainable. Golden Retrievers also have the reputation for being empathetic (along with the Old English Sheepdog) and being able to relate to their owner’s moods. This dog will try to light up even the darkest day by never leaving your side. It is this trait that makes them so effective as therapy dogs.

But they do require a lot of attention and need to be stimulated both mentally and physically. Unsurprisingly they are very keen on games of fetch and this leads to a well-exercised and happy dog. Another bonus of this dog is that retaining the ‘soft mouth’ means that they will also gamely retriever your post and newspapers relatively intact, even if ever so slightly soggy. They have also been shown to pass the ‘egg test’ being able to carry an egg in their mouth without cracking it. So although you may expect a newspaper in bed, breakfast in bed is beyond even this dog unless you like your eggs raw.

The soft mouth also makes it highly unlikely that this dog will bite hard making them the ideal playmates for children of all ages, although they can sometimes be a little boisterous for very small children. But, as with all dogs, it is very important not to leave them alone with children unsupervised.

The Golden Retriever does enjoy energetic play, but a well-exercised and stimulated dog is very relaxed and laid back. They also have a low prey drive making them good with smaller furry companions, like cats, around the house. But it is important to introduce a puppy to any established in the house in sensitive and structured steps to ensure harmonious feline-canine relations from the outset.

But it is humans that Golden Retrievers love above all else. They are a very affectionate and tactile dog who absolutely live for the attention of their owners. They will always strive be at the heart of everything that is going in the homer or outside and will be happiest when being very large lapdogs, a practice they continue well into their adulthood.

These dogs do mature mentally but in their hearts of hearts they are perennial puppies constantly seeking out fun and any games based around search and retrieval. The have a notoriety for liking to chew and also to hide items, so prospective owners need to puppy-proof their homes and ensure any treasured items are consistently placed out of the this exuberant dog’s reach.

Dogs are in general very adaptable, indeed this has been called ‘The Genius of Dogs’ [1]. But the Golden Retriever stands out in being able to cope with changes or a variety of living contexts. This also means that with frequent access to the outside and plentiful exercise and play opportunities this dog can live in an apartment.

Silence is not golden with this retrievers. This breed can be good watch-dogs, as they do possess a loud bark, although they need to be trained and encouraged to do this consistently when unfamiliar people approach. They are, however, naturally very friendly to any strangers so would be more likely to attempt to lick an intruder to death.

Such a human-oriented dog really does need to have company so would not suit an owner who cannot be with them for most of the time. Also, training to mitigate or prevent separation anxiety should begin at the earliest opportunity. Ideally, a Golden Retriever should never be left alone for more than 4 hours.

This breed is a candidate, along with its distant cousin and fellow retriever, the Labrador as the quintessential family dog. An intelligent, obedient and fun-loving companion always eager to play but at the same time highly obedient and therefore a very pleasurable companion outside. This laid-back dog does not care where it goes, as long as it goes with its beloved human pack.

Links to other breeds: Yellow Retriever thought to be a cousin breed of the Labrador.

These dogs need to be of the leash chasing around, exploring and engaging in training and obedience activities to fulfil their inquisitive natures and high intelligence. This means that for this breed recall training should be prioritized as, like all dogs in the Sporting Group, they can get distracted by interesting sights and scents and will naturally go to retrieve before returning back to their owner.

Socializing this dog is an absolute joy as they are both eager for new experiences and quick-learners in understanding how to behave in a variety of circumstances. But owners should focus on controlling their zealous enthusiasm to greet all people, including anyone familiar.

As noted above, training to mitigate or prevent separation anxiety should begin at the earliest opportunity as these dogs do acutely suffer from this.

A Golden Retriever will generally shine in any training class. These dogs combine intelligence and very good focus meaning they excel in obedience and agility trails. They are always eager to learn new tricks and take on new challenges.

The Golden Retriever needs time off the leash to explore and chase around after new sights and sounds – with training in place their recall will be very good. They should receive at least on walk a day of between 1.5 and 2 hours.

These dogs will suit an active owner who enjoys outdoor pursuits like extended walks, hikes and even jogging.

This breed loves food so an owner must ensure that their exercise is commensurate with their eating to avoid placing extra strain on joints and ligaments.

The Golden Retriever is a very streamlined and handsome dog withy a distinctive long and silky coat. Their expressive warm brown eyes are set in broad head with a distinct stop and framed by drop ears. The straight back leads to a thick, straight rudder-like tail carried almost directly horizontal. This physique tailored towards powering through water is further complemented by webbed cat-like feet.

It is claimed by many breeders that there are distinct American and English lines with the latter tending to have a slightly broader head and deeper chest, while the American line tends to have a lighter, leaner frame.

The luscious water-resistant silky double-coats do require very regular grooming to manage the Golden Retriever’s tendency to shed, at least to some extent, every day. This will also prevent excessive clumping, tangling or matting of this impressive coat.

These dogs do have an absolute love for rolling in anything mucky and smelly so also expect to provide frequent doggy showers for this dog.

The lifespan for this dog is around 9-12 years.

Golden Retrievers can suffer from hip and elbow dysplasia, heart murmurs and cataracts. Sadly this breed is also prone to cancer.

As noted above, it is importantly to ensure that these very food-oriented dogs do not put on weight to avoid heightening the risk of these potential health issues for the breed.