Why get a Labrador Retriever?

The better question might well be why not to get a Labrador Retreiver.

The Lab is an amiable, friendly and eminently trainable dog. Their even and calm temperaments also make them perfect as a family dog.

But they still need lots of exercise and mental and physical stimulation. Also be aware that these dogs really, really love their food. So owners must ensure that they do not put on weight as this can lead to health complications later in life. 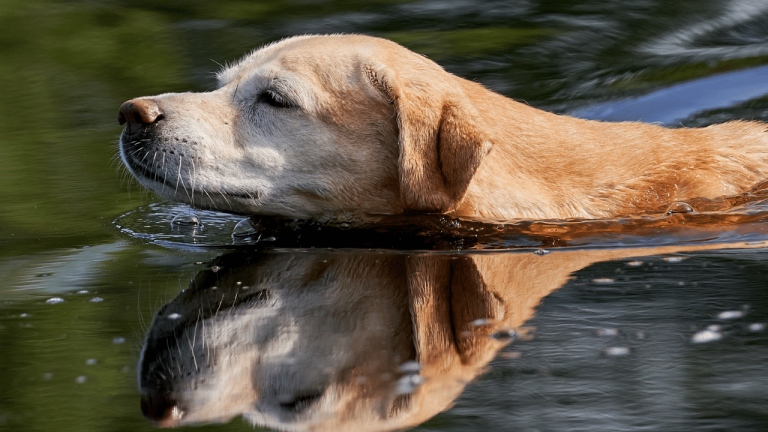 The Labrador Retriever was originally one of Canada’s finest exports.  This incredibly well-loved and popular dog was originally the companion of fishermen.  As early as the 18th century the forebears of the Labrador were  helping to pull in heavy nets.  They were also skilled in retrieving errant fish which had flopped out.

Along with the  Newfoundland breed the Lab traces its ancestry back to the now extinct John’s Dogs.   This earlier breed was named after the capital city of the Newfoundland province on the eastern Coast of Canada. The Labrador is named after a region within this province.

The visiting English fishermen were clearly impressed with this dog.  Some of this breed made their way to England on boats via busy fishing routes to the area of Poole in Dorset, England.  From here the Labrador was developed.  The modern breed is officially designated as originating from England.

As game shooting became popular these dogs swapped fish for birds.  Their watery origins fully equipped them to make a huge success of this transition.  Their ancestors in Canada had been required to dive into glacial water.  The Labrador Retriever had inherited their waterproofed undercoating, and thick insulating outer coat.  This double-coat proved more than adequate for repeatedly diving into the English rivers to retrieve fowl.

They also have a thick rudder-like tail to help them steer through the water.  In fact the Lab’s deep chest is sometimes referred to as a ‘keel’ as it gives them more stability and ballast in the water.  Finally this water dog also has webbed feet.  This makes the Lab perfect for speedy and efficient aquatic retrieval.

These dogs are strong, resilient and adaptable.  Their primary role is to seek out the location of game and return it to the hunter.  This is often waterfowl, but also land-based game such as pheasants and grouse.

Like all other breeds in the Sporting Group, retrievers were cultivated to have a highly attuned sense of smell.  This aptitude for picking out specific airborne scents makes them invaluable in efficiently retrieving quarry.  The retriever breeds needed to be intelligent, alert and obedient.  They could only move when given clear cues by the hunter.

The Labrador was recognized officially by the English Kennel Club in 1903.  Its popularity later ballooned in the United Kingdom and then the States following World War II.    In the last few decades it has become the most popular dog breed in history.   Incredibly it has topped the AKC charts in the States for the last thirty years.  It is also the most popular breed in the United Kingdom [1].  Although both in the States and the UK the French Bulldog (link), more suited for city dwellers, has launched an impressive challenge  [2].

This intelligent canine is a very versatile working dog.  It has been successfully employed in Search and Rescue as well as Police work. Additionally its very mild temperament and intelligence has expanded its talents to other areas.   The Labrador is adept both in the role as  a guide-dog for the blind and a hearing-dog for the deaf.  Also more generally as  a therapy dog in a variety of contexts.

This medium-sized dog is above all an incredibly reliable dog. It is very affectionate and loving and ideal for families where this breed is brilliant with children of all ages.   But be aware that they generally do not make the best guard-dogs because of their amiable nature.  They will sometimes attempt to lick strangers to death.

The Labrador is gregarious and gets along with other dogs.  But proactive early socialization training is still essential.   These dogs are also good with other smaller pets such as cats.  One aspect of their popularity is the fact that they make an excellent choice for first-time owners.

If on a walk there is an opportunity for a dip in a river, this will be ideal for this water-dog.  They are not the best dog to live in an apartment and do best where there is an outside space in which they can play and burn off energy.

This becomes even more important with the fact that the Labrador can be prone to being overweight.  They are renowned for their enormous appetites, which is no mean feat in the canine world.  If for any reason, such as through injury, a Labrador finds itself under-exercised, then it is crucial to moderate portion sizes in feeding.

These dogs combine an amiable temperament with hyper-trainability The Labrador Retriever is a superb dog to train. They can learn a range of commands are highly biddable. A training regime based around positive reinforcement will always yield impressive results, particularly as these dogs are very partial to a tasty treat as a reward.

The Lab is a very keen and able pupil and will thrive on the stimulation of consistent training alongside other mental and physical stimuli such as treasure hunt games and any challenge involving retrieval.

The Labrador is very active and requires a good level of exercise.  Owners will need to set aside time for this dog to have a couple of good walks a day (around 2 to 3 hours exercise is recommended). It is important to remember that an under-stimulated Lab can become bored and occasionally destructive. Also without careful dietary management they are prone to put on a few pounds. Frequent opportunities for active walks and play will militate against this.

Lots of interactive play and mental and physical stimulation makes for a happy Lab.  These dogs thrive on cognition or ‘dognition’ training based around toys such as treat release toys and kongs.  The Labrador Retriever will also revel in any games that involve them finding and retrieving hidden items.

This dog has a  compact body with a straight back and broad head. This dog’s robust frame is only accentuated by a broad chest which acts as a keel when this dog powers through the water. The thick ‘otter-like’ tail is generally carried level with the tail and is used as an effective rudder during swimming.

But within the powerful frame and broad head are set kind and warm hazel eyes reflecting the Labrador’s gentle temperament.

The Labrador Retriever’s coat is a thick, well-insulated double coat designed to withstand all weathers.  But it is not high-maintenance and only requires brushing 2 to 3 times a week .   The coloring is commonly golden yellow but this can vary from light to ruddy tones.  The other colors are black and chocolate. There is also a recent surge in interest in America and the United Kingdom in the Fox-Red Labrador [3].

Labradors should be bathed around every 2 months.  The Lab’s ears must be cleaned and nails clipped as part of the grooming routine.

The Labrador is a generally healthy breed with a life span of 10-12 years.  As mentioned above this breed can have a tendency to obesity.  Some also suffer from hip and elbow dysplasia as well as progressive retinal atrophy (PRA).