Why get a Pembrokeshire Welsh Corgi?

The Pembrokeshire Welsh Corgi is an ancient herding breed. Although short in the leg, this dog is big on popularity and finds itself the most cherished breed in royal circles in the United Kingdom.

This dog also has a huge personality and many of the breed have in recent times been the canine darling of social media.

Claimed to be the gift of Welsh fairies, this dog has since enchanted many and remains a deservedly popular family pet. 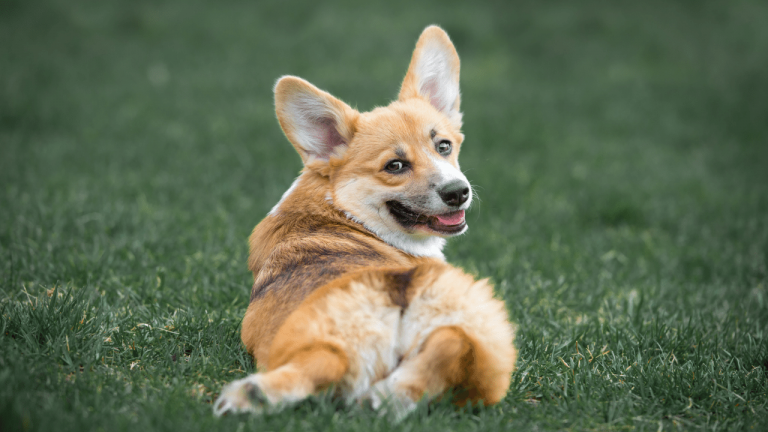 The Pembrokeshire Welsh Corgi may have short legs, but it has a long and rich history stretching back at least a thousand years, and arguably with origins based on Swedish cattle dogs brought over to Wales by the Vikings in the ninth century AD. Another arrival from overseas is also credited with bringing over a short but long style of cattle dogs is that arrival of Flemish immigrants in the 1100s.

The origins of the name Corgi are also slightly shrouded with a disputed provenance. Most likely that it comes from the Gaelic word ‘dwarf dog’, but it could also possibly mean ‘shepherd dog’ from the word root ‘Cor’ meaning to gather and ‘gi’ dog. Whatever the truth of it, both names are very apt and the Corgi can lay claim to being one of the oldest herding breeds, valued for its abilities to guide ducks, horses, sheep and cattle. They also proved to be adept ratters, efficiently removing vermin from the Welsh farms.

The Corgis is the smallest member of the Herding Group, but its short legs belie both its speed and agility, with the diminutive height perfect for dodging kicks from cattle and horses. Indeed this is reflected in the fact that these dogs absolutely excel in a agility contests. In 1997 a Pembrokeshire Corgi called Becci became the first dog to win the triple crown for agility.

This little dog is so imprinted on the consciousness of rural Wales that it also has an mystical origin story founded in Celtic myths and legends. As these tales would have it, the small but sturdy forebears of the Corgi were bred by fairies to ride into battle. But the fairy folk in an act of generosity, gifted some Corgis to children who they found respectfully observing a fairy funeral. This story neatly explains the white markings universally found on the back of a Corgi’s necks as a ‘fairy saddle’.

As the Corgi springs athletically into more modern times key dates and places become more concrete. The geographical origins are clearly largely based in Pembrokeshire, South Wales. But despite being such a staple feature of the landscape, the first club relating to the breed did not come into existence until 1926. In 1928 the United Kingdom Kennel Club recognized ‘The Welsh Corgi’ as a breed but it was not until 1934 that the Pembrokeshire Welsh Corgi and the Cardigan Welsh Corgi were distinguished as separate breeds.

Whether we believe in the role of magic or fairies or not, one person who has been enchanted by this delightful little breed since she was a child is Queen Elizabeth II. Having had her first Corgi from the age of 7, the Queen in the United Kingdom has since raised around 15 generations, and played a significant role in popularizing the Corgi in the United States from the 1960s onwards.

This royal patronage has worked real wonders, and the Corgi is now the 11th most popular dog in the America according to AKC 2020 registration data [1]. This is more lately further buoyed by the fact that these dogs have taken to social media just as well as they have to fields a thousand years ago. Their endearing looks and charismatic personalities have garnered these dogs a large and enthusiastic following.

This is a very active breed who in keeping with their Spitz connections have the capacity to dart around playing all day. Despite the fact they have very stumpy legs, they are also surprisingly quick and also have endurance. This dog is often characterized as a big dog on small legs, both in terms of personality and physical speed and strength.

The Herding Group dogs, which in their traditional role are required to be independent and make decisions are ranked as very clever dogs appearing at number 11 according Stanley Coren’s ranking of the intelligence of breeds [2]. This means they revel in mental stimulation and problem-solving activities such as ‘treasure-hunt’ games and puzzle toys and games. They also enjoy ‘working’ for their food, so scatter-feeding is another stimulating activity that the Corgi will enjoy.

But they combine this intelligence with a desire to be kept busy. These dogs, similar to their fellow Herding Group breed, the Border Collie, have a high work-ethic. This can also be satisfied with lots of obedience training where they are able to learn a wide range of commands.

The Corgi also makes a tremendous family pet, always keen to be at the center of any activity and offer a tireless and gentle companion for energetic children (who will generally tire a long time before a Corgi). They are also another vocal dog and are happy to have meaningful conversations with their owners, particularly if food or dinner time is the topic.

The Pembroke Welsh Corgi is not an aggressive dog and prefers to get along with other canine companions and they will be happy to dart around and play. They are also good with cats and other pets, but it is important to be aware that they are literally ‘ankle-biters’ and will nip at their legs. This is baked into their behavior from their cattle and horse driving days where this was used as a control method during herding. But this needs to be discouraged through training and positive reinforcement as animals and people may not appreciate this little nudge or nip in the ‘right direction.

These dogs absolutely love routines and will be unsettled by any significant shifts in these routines at home. But at the same time, they are very people-oriented and can cope with any change of setting, such as a trip away, as long as they are with their humans. Indeed another bonus to this breed is that the Pembrokeshire Welsh Corgi mature relatively early at one-and-a-half years old to become relatively calm in the house.

They can also live in apartments, although regular outside access for exercise and play will be absolutely essential. Also bear in mind that these dogs can be ‘barkers’ and a little noisy. This means they make good little watch dogs and they are very alert and will bark an alarm if a stranger approaches the house. But they may not be very popular with close neighbors if unnecessary barking is not discouraged.

These dogs are generally not the best friends for felines as they are both high-energy and also can have a strong prey drive. But if introduced to them as a puppy with careful and sensitively structured training and socialization it is reported that they can live relatively harmoniously with cats.

The Pembrokeshire Welsh Corgi really cannot cope with being left alone for long periods of time. These dogs suffer acutely from separation anxiety so training to mitigate or prevent this must be put in place as early as possible.

Links to other breeds: It comes as a surprise to many but this little dog has ‘Spitz’ heritage (probably through the Swedish connection mentioned above) linking it to northern breeds such as Schipperke and the Swedish Vallhund. It is closely aligned with the Cardigan Welsh Corgi.

These dogs absolutely love treats and foods which makes them very amenable to training using positive reinforcement. The Pembrokeshire Welsh Corgi is both very intelligent and trainable but their naturally high energy levels mean they can be a little impulsive. This means that they will need consistent training to ensure clear boundaries are put in place such as ensuring you eat in front of the Corgi prior to feeding your dog, and also ensure that you pass through doors before the Corgi to establish hierarchy.

As noted above this Corgi may indulge in some leg-biting, and this needs to be addressed at an early age through socialization and training, along with excessive barking.

The Corgi needs a good level of exercise each day as you might expect from a Herding Group breed. This should include a walk of over an hour or more with some time off the leash, and incorporating interactive play.

Unsurprisingly the Corgi particularly enjoys any kind of chasing games or herding games such as ‘sheep ball’ where they herd large inflatable balls.

These dogs are low-set, robust framed with a straight back that leads to a sturdily thick short tail carried low. The head of the Pembrokeshire Welsh Corgi is fox-like with the erect ears arch-shaped at the top. The expression is gentle and inquisitive. The squat weight of the Corgi is spread on broad feet that point slightly outward.

These dogs are double-coated in keeping with their Spitz inheritance. The Corgi has a thick under-coat and a long outer-coat and they do shed frequently. This means these dogs should be brushed every other day to remove dead hair. It is also important to ensure that their ears are cleaned to avoid bacteria build-up and infection.

This is a healthy and resilient ‘working class’ breed of dog with a long lifespan of around 12-15 years.

Like all breeds, however, they are susceptible to some health issues. Due to their shape combined with their energy levels they can experience back, back, knee and shoulder problems linked to intervertebral disc disease. Also hip and elbow dysplasia may occur. Due to their proximity to the ground they can be afflicted by various skin irritations. Other minor concerns include cataracts and epilepsy.