Why get a Staffordshire Bull Terrier?

This affectionate family-oriented dog is now more known for fighting to get on their owners laps than for their history in cruel sports.

The Staffie is a docile and fun-loving dog who is ideal at the heart of a family. Brilliant with children they will play for animals.

But don't be fooled by their stocky frame. This breed are athletic and quick in keeping with their Terrier background. They are also good watch-dogs and highly protective of family members

They can be nervous and defensive around other dogs so a potential owner must be willing to put in the time to make sure their Staffie is fully socialized. This will result in a brilliant companion dog both inside and outside the home. 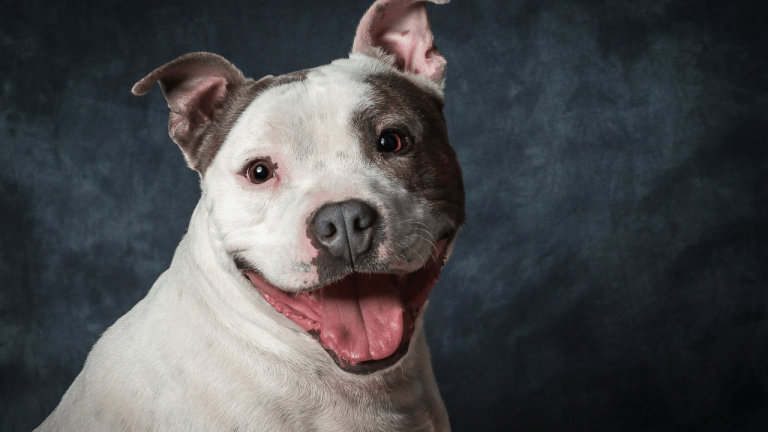 Like other Terriers the forebears of the Staffordshire Bull Terrier became popular for their skill in the gruesome sport of rat killing in England during the 1800s. Sadly at this time dog fighting also became popular among the working classes. The Bulldog had gained reputation as a strong and powerful dog used in bull baiting. This became the ideal founding dog for a breed designed for the pit. Breeders combined the strength of the Bulldog with the speed and killer instincts of the terrier. The result was the Staffordshire Bull Terrier.

Fortunately humane laws were introduced in 1835 in the United Kingdom which led to the demise of these cruel sports although sadly they continued to some extent underground.

But without dog-fighting, the continuation of this breed was threatened. A group of enthusiasts managed to rescue the Staffordshire Bull Terrier and gain them the acceptance of the UK Kennel club which officially recognized them as a breed in 1935.

The Staffordshire Bull Terrier is a much-loved dog in both the United Kingdom and the USA.

The Staffordshire Bull Terrier had all the strength and sturdiness of a Bulldog (link).  This was combined  with the killer instincts of Terriers.  Sadly the intention was to produce a breed designed  for dog-fighting and bull-baiting.

However, with any well-socialized Staffie these cruel origins are long-forgotten.  They are untraceable except in the sturdy and muscular build.  In fact many owners report that the only time these  tactile dogs fight is to get on to the laps of their owners.  A far cry from the bear pits of yesteryear!

But this is not to suggest these dogs are docile. Like all terrier-based dogs they can be excitable and energetic.  This little dynamos require consistent recall training.  Otherwise you may not curb their enthusiasm to run wild.

This strong, brave and intelligent dog offers another very successful Bulldog (link) and Terrier cross.  The Staffordshire Bull Terrier is  very affectionate and loyal.  However, they can be distraught and destructive when left alone without sensitive and consistent training. Early training to soften separation anxiety  is highly recommended [internal link].   This should be prioritized amongst other socialization strategies.

Staffies are very people-oriented. This springs from the fact that they were bred to fight against other dogs but at the same time to be compliant with their handlers. But Staffies take their friendliness ot humans to another level.  You might find your walks punctuated with them stopping to say a warm hello to other human passersby.  They do get on with other dogs, but definitely prefer humans.

Staffordshire Bull Terriers are good with children.  This is how they gained the nickname of “nanny dogs”.  This reflected their protectiveness towards smaller members of the family.

It is ironic and sad that Staffies count as one of the most rejected dog breeds for rehoming.   This is due to very shallow judgements made on their ‘aggressive and frightening appearance’ [1].

It is true that if you have small pets then you might want to be careful about introducing any Terrier-based dog into your home.  This is particularly true if the dog has not yet been fully trained and socialized.

But Staffies are wonderful dogs when given the chance of a loving home.  Any dog-owner who has met them during walks can vouch for their lovely, affable nature.

A well-socialized Staffordshire Bull Terrier offers a fantastic dog. But some in the breed can be suspicious and aloof in respect to other dogs. Owners should ensure early socialization training to prevent aggression towards other dogs.

These dogs require firm but sensitive training. They are very people-oriented so respond very well to strategies based around positive reinforcement.

The Staffordshire Bull Terrier can make a very good dog for the first time owner due to its laid-back temperament and amiable nature. But training classes are advised to support a consistent socialization regime and to mitigate separation anxiety.

The Staffie may be small but this breed is athletic for their size. As a consequence they need at least one good walk of about an hour a day.

In keeping with its Terrier nature these dogs are energetic and interactive so time must be taken for interactive play. If you have children the Staffordshire Bull Terrier will enjoy hours of supervised games with them.

These dogs can live in apartments but should have frequent outings and opportunities for play.

The Staffordshire Bull Terrier has a broad, compact and muscular frame with a low center of gravity. The chest is broad and usually patched. They have wrinkled foreheads and round, dark-rimmed eyes with taut muscular cheeks and some dark hair to the muzzle.

The Staffie has a straight back. The tail is also straight but tapers towards the tip.

The Staffordshire Bull Terrier has a short, smooth coat that only has minimal grooming requirements. Just one brush a week will be adequate although do this more frequently during periods of hot weather to help keep them cool.

This generally healthy dog has a good lifespan of between 10 to 15 years. Sadly they can suffer from hip dysplasia and occasionally eye disorders such as cataracts.